I seldom post works in progress, but this will likely be one of those projects that takes years to complete -- if it ever get there LOL The book cover just terrified me ... a little too much like sewing LOL This is the cover of my Book of Intentions from Lisa Engelbrecht's class. We adhered strips of fabric to fusible webbing; mine wasn't holding well, so I stitched each strip afterward and also stitched gathered tulle to the edges for a neater finish on my cover.
Posted by Karen Campbell at 8:55 AM 9 comments: 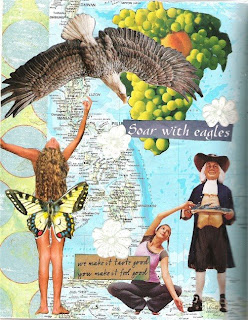 This was the last collage page in my doodle book. You were to look through magazines for images that spoke to you that define health ... whatever kind of health that may be.
Posted by Karen Campbell at 1:53 PM 4 comments: 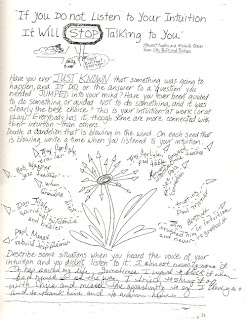 This is another page from our spiritual doodle book. This was a neat book. Everything is in a handwritten style instead of a typical typed font. We were to doodle a dandelion and add intuitive experiences we have had.

Posted by Karen Campbell at 1:41 PM No comments: 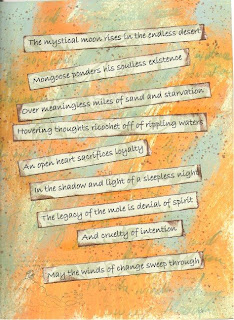 This is a page I did in the Spiritual Doodles book. It is intuitive poetry. You take about 15 minutes and write down phrases or words that pop into your head. Afterward, you arrange your phrases and thoughts into a poem. The instructions said it was perfectly fine to be nonsensical -- it is more about the emotion of the piece.

I like what I wrote and think it would be fun to do a page in a real art journal adding imagery.
Posted by Karen Campbell at 1:25 PM 1 comment:

I am officially out of school for the term --- wooo hooo! My homework was long done, but I had a few more pieces from my success class I wanted to upload now that school is over. This is probably the only class I'll have in my academic career allowing that kind of freedom LOL

These are Academic Advantage tip cards. The teacher supplied large index cards and said we could alter them in whatever way we chose as long as we included our tips. Here I am showing the cover and the backs of 2 cards to show what my background looked like. I stained them with walnut ink, used Color Mists from Outside the Margins, and rubberstamped. 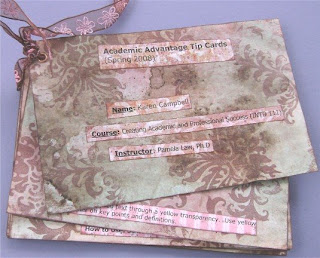 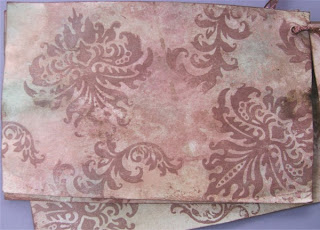 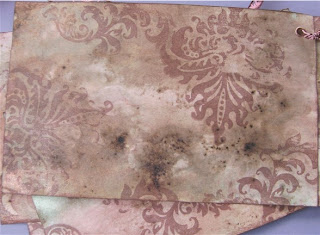 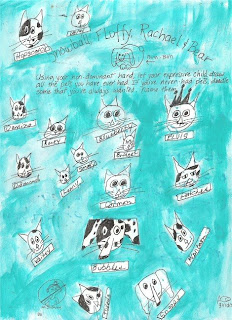 Here is another page in the doodle book. We were supposed to doodle every pet we've ever owned -- I've had a few too many to fit LOL
Posted by Karen Campbell at 8:37 PM 3 comments:

Well this was kind of a drag. One of my classes was easy, but also hard in that there was a huge amount of work. This class was about creating professional and academic success. The teacher made it more of a personal discovery class -- to learn what your personal keys to success are. She more or less passed over the class text book. We used Sprititual Doodles & Mental Leapfrogs as a workbook for the term. This is a vey fun book overall, but some of the items were a little tougher than I was expecting.

We were to turn it in at the end of the term, so she could verify that we did the assignments -- but most of the class complained about this not being their cup of tea and she buckled and gave everyone a perfect score -- even though some had barely touched it. It just aggravated me, because I worked really hard to be sure I got all the assignments done; it gets under my skin that people who put little effort got the same grade as me after I gave it my best effort.

So anyway -- I am posting a few of my exercies out of the book. This assignment was to do a collage based on your dreams. 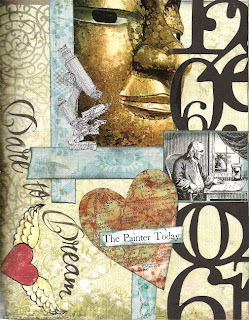 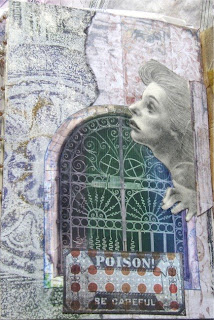 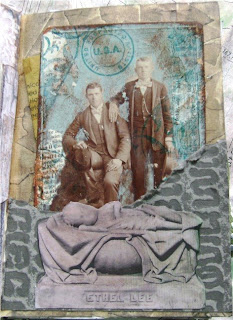 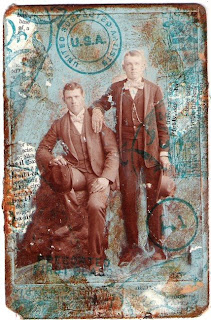 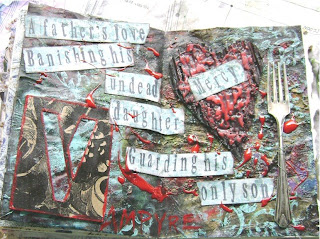 Here are some pages I did in a vampire-themed AB. I was realy excited about the challenge of working in a dark theme. I did my art first and then I couldn't figure out quite how to finish the pages off or how to come up with a storlyline that would explain the images. I ran across a site about a legendary vampire in Rhode Island named Mercy Brown, so I used her as inspiration. I added some new characters to tie in with the altered cabinet card I did. Here is the storyline I wrote to go along with my pages:
Mercy Brown was 19 when her physical body succumbed to consumption in 1892. She was buried in a crypt until the cold winter Rhode Island ground could thaw. How could her beloved daddy know that Frank and Steve Longstretch had given her everlasting life in the dark world of a vampire and that she had been sustaining herself on the blood of babes?

Mercy’s brother was also ailing from consumption … wasting away and growing weaker daily, as was most of the small rural community. The Brown family doctor approached Mercy’s father with his theory that his deceased wife or daughters were undead and responsible for bringing death to his doorstep. Fearful of losing his last child, George Brown agreed to have the three graves exhumed and inspected for signs that they had crossed over to the undead.
One can only imagine how distraught he must have been to learn that Mercy had turned in her grave in the above-ground crypt. Fresh blood in her heart confirmed the doctor’s theory. They acted quickly to burn her heart and put her vampiric soul to rest. Ashes from Mercy’s burnt heart were fed to her brother Edwin in an attempt to break her spell over him, but alas … it was too late.
Posted by Karen Campbell at 7:42 PM 10 comments: 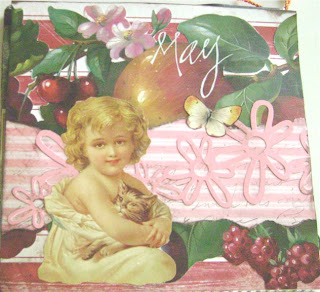 This is my last calendar page for the RR. I had to drop due to school :(
Posted by Karen Campbell at 5:26 PM 4 comments: 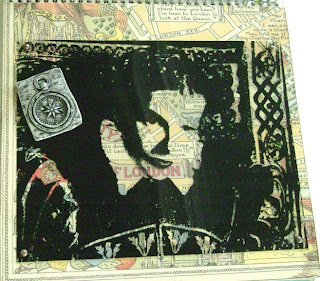 Here is a page I did in the May calendar for the RR. It was a travel theme ... kind of a hard theme for me.
Posted by Karen Campbell at 5:22 PM 1 comment: 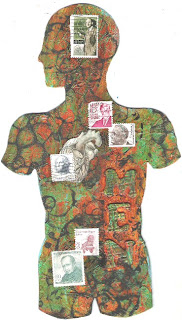 Here is an altered torso I did for an art lottery. I felt kind of stumped about what to collage on there -- and I have a gazillion postage stamps so that 's what I used LOL

The black accents were added with a bubble printing technique at MHBA -- fun!
Posted by Karen Campbell at 5:16 PM 1 comment: